How AeroSpect Is Changing Façade Inspections

New York City is known around the world for its vibrant, historical, and illustrious architecture, spanning decades of style and culture. From globally recognized landmarks like the Flatiron Building or the Ansonia Hotel, to the residential apartment buildings in Sugar Hill at the heart of the Harlem Renaissance that continue to thrive today, the buildings of New York tell infinite, diverse stories.

Maintaining these buildings is critical in preserving the New York so many of us call home, and the city that countless people around the world dream of visiting one day. Façade inspection is a vital part of that preservation, and even more importantly, keeping people safe. Deteriorating façades have caused several notable collapses that have injured and killed pedestrians over the years. In 1980, after the death of a student at Barnard, the NYC Council created the Façade Inspection Safety Program, known as Local Law 11, which now requires an inspection of every building over six stories tall once every five years. Just last year, 60 year old New York architect Erica Tishman was killed by debris from a building façade that fell over a dozen stories.

Façade inspection and maintenance can be costly, and often, for many building owners, it’s more manageable to pay the small fines from the city than to make an actual repair. Some in the New York Real Estate community even call the practice “an open secret.” For decades, the only way to closely inspect façades has been by using costly and cumbersome methods like scaffolding, rope access, a cherry picker, or a window washing unit. While effective, they come with a high price tag for the building owner and require sidewalk closure, construction permits, pedestrian sheds, and in some cases, road closures. 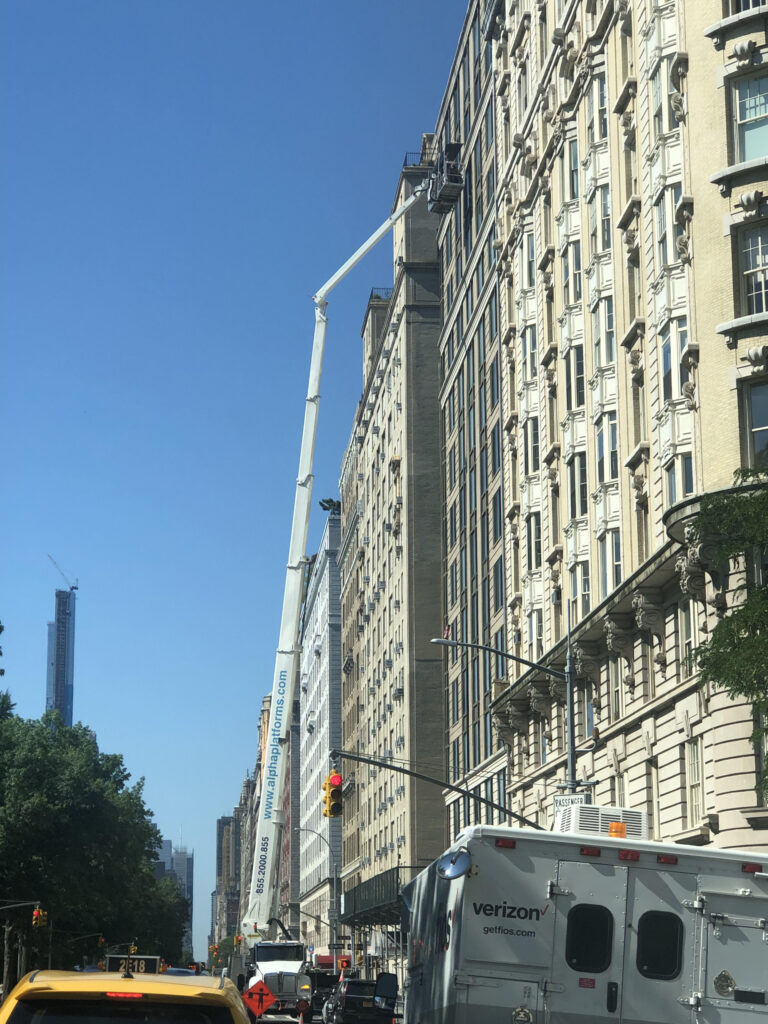 Cherry picker being used for an inspection. 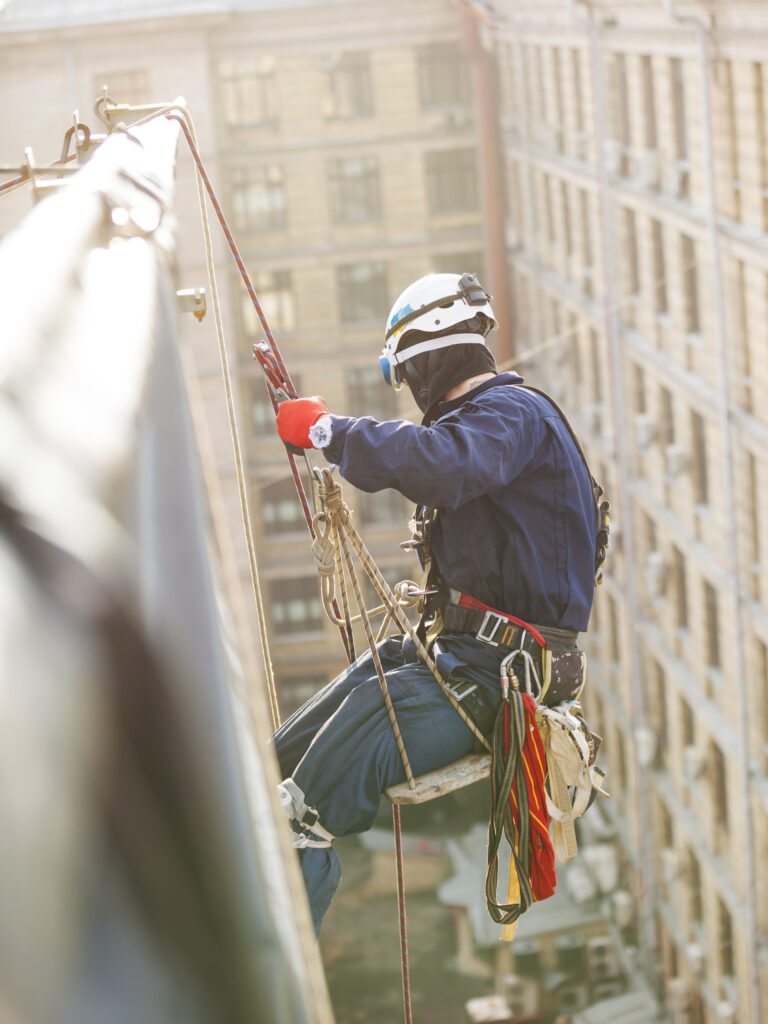 While the advent of drones has offered the option of virtual close-up visual inspection, AeroSpect, a revolutionary drone based data company, is taking that concept to an unprecedented level that sets them apart from all other competition. Established in 2018, AeroSpect uses the combination of highly skilled drone pilots and a cutting-edge online inspection portal to achieve 100% façade coverage, making a practice that typically can take days, weeks, or even months to complete, achievable in just hours. 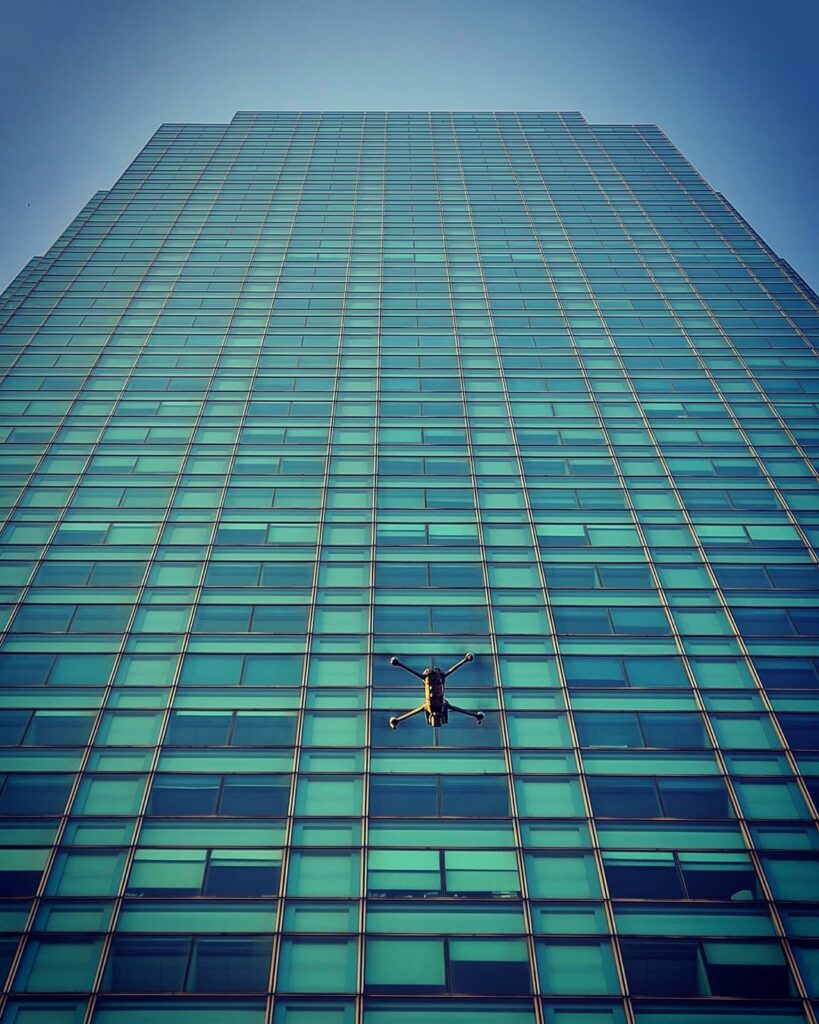 The AeroSpect Web Portal is designed specifically with the QEWI (Qualified Exterior Wall Inspector) in mind. Using a simple, intuitive interface, the inspector can see the entire façade, which has been created via 1000s of photos taken by the drone inspection. The QEWI is able to zoom in, pull up individual photos, annotate, and share their findings with colleagues. All drone imagery is downloaded at the push of a button for the QEWI to add to their inspection report. Aerospect’s façade inspection portal provides engineers, architects and QEWIs a means to easily navigate complete walls, create annotations, notes and facilitates teamwork and Local Law 11 filings.

COVID-19 and its accompanying restrictions are ever present in our world today, thus, scheduling site visits can be difficult, and dangerous. With AeroSpect’s leading edge technology, the QEWI can see every inch of a façade remotely from their own office or home, and from there, determine the next steps and recommendation for façade repair and maintenance. 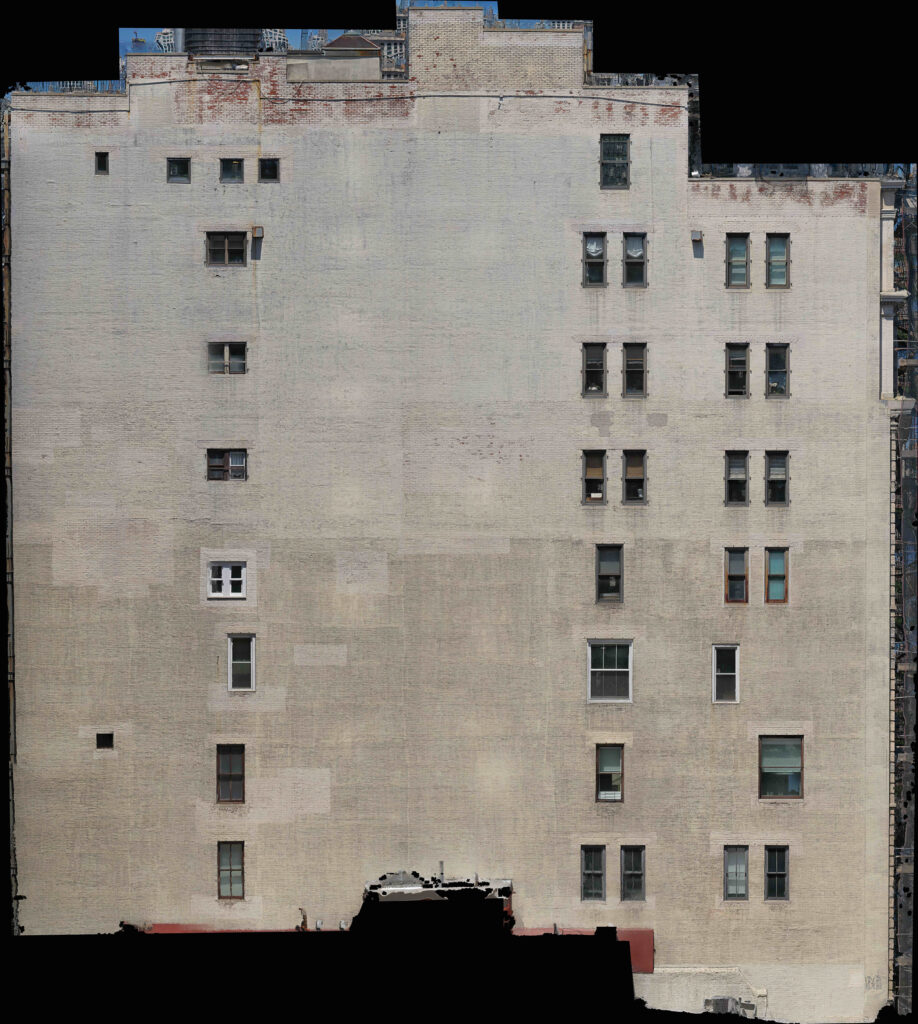 New York City has a global reputation for its unmatched level of innovation, ingenuity, and imagination. Ideas that shape the world and push the future forward are born here, and adapting drone technology is the latest proof that New York is constantly setting the bar for modern advancement.

AeroSpect is paving the way for the future of the building façade inspection process, affording architects, engineers, real estate developers and facility management companies the ability to use drones in ways that allows them to save time and money while reducing risk and increasing efficiency. The combination of highly-trained pilots, deep technical knowledge, and the innovative web inspection platform makes Aerospect an exciting new entry into the decades old space of building façade inspection. Visual drone inspections of building façades will be the new standard in maintaining and preserving the architecture of New York, and AeroSpect is poised to revolutionize that process.

Learn more about the countless advantages of AeroSpect’s innovative technology by visiting the website https://www.aerospectny.com/ , sending an email to info@aerospectny.com, or calling one of the company’s founders at 718-551-3363.